Everyone poops, but sometimes it feels like our pets poop more than anything ever has in the existence of the universe. It can feel like that times 10 when their digestive systems are being a little extra…stinky. We’ve lost track of the amount of times our pets have gone nosing around in something they aren’t supposed to, and the next thing we know, we’re doubling up our poop bags when it’s time to go for a walk. The upcoming holidays are especially notorious for upset tummies and diarrhea due to all the extra baking and cooking going on (AKA all the food that gets accidentally dropped on the floor or that extra bite Aunt Sally shares under the table!).

If you’re anything like us, you’re always careful to make sure your pet’s gut health is in tip top shape, which is why it’s important to add probiotic-rich food into their routine. We currently carry tons of yummy products great for digestion like kefir and pumpkin, but at Two Bostons, we’re strong believers that there aren’t any problems a treat can’t fix!

Coming off this year’s extra-hot summer, you’re probably already familiar with Boss Dog from their tasty ice cream for dogs, but did you know they also have an AMAZING line of crunchy treats?? If you haven’t already, Pro Puffs are a must-have when it comes to properly stocking up on treats. They have a similar light, airy consistency to Cheetos Puffs, only without the additives, preservatives, and other icky ingredients that are harmful to pets. What makes them especially stand out is the 500 million probiotics they have…per ounce! That’s millions and millions of healthy gut-support that can help stop and prevent digestive issues—granted, all your dog will be thinking about is the intense burst of flavorful cheddar & bacon, peanut butter, or chicken in every bite. The coolest part? They have less than 2.7 calories per treat, meaning their gut-health is 100% guilt-free! 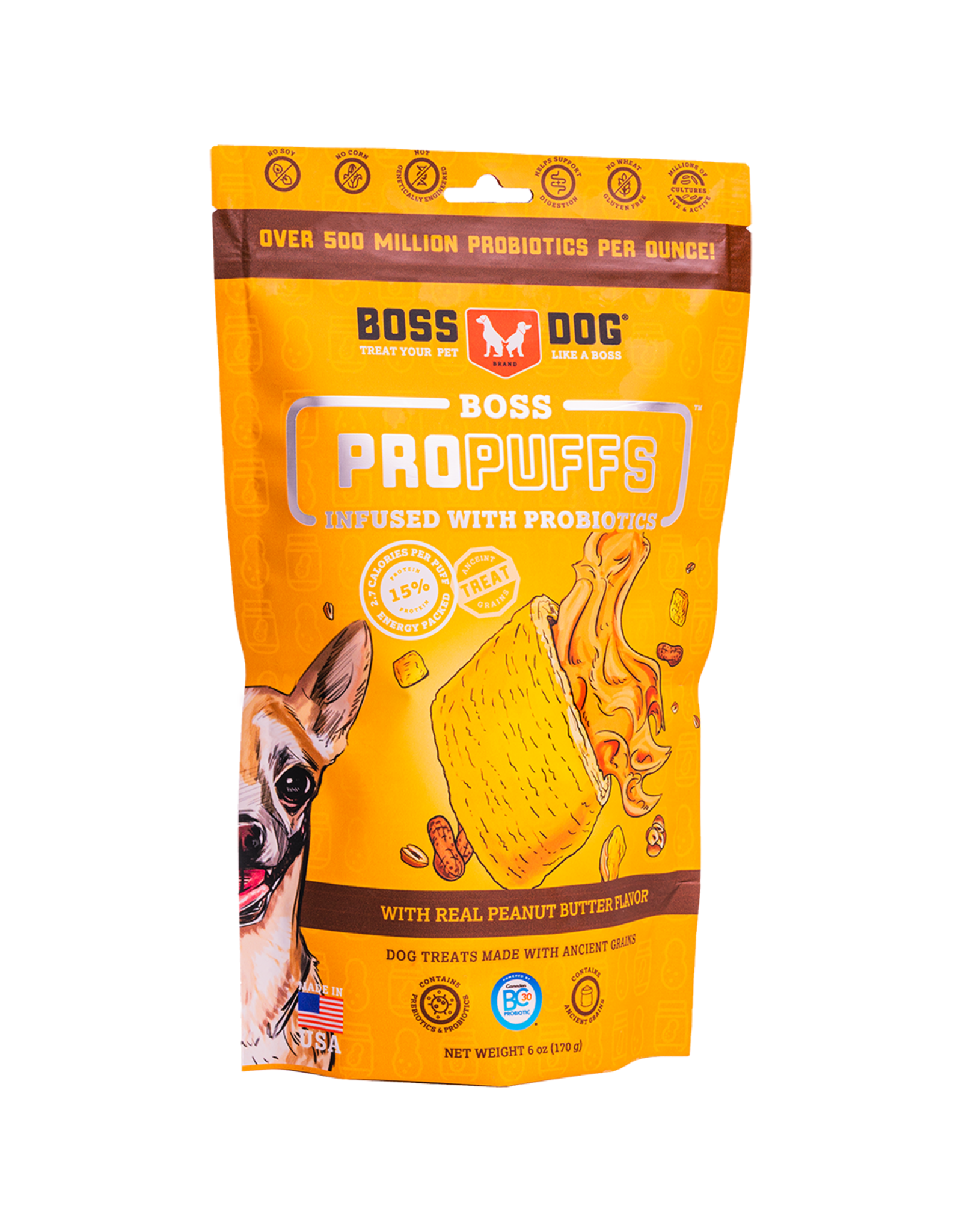 Give all three tasty varieties a try in-store, over the phone, or online at twobostons.com!